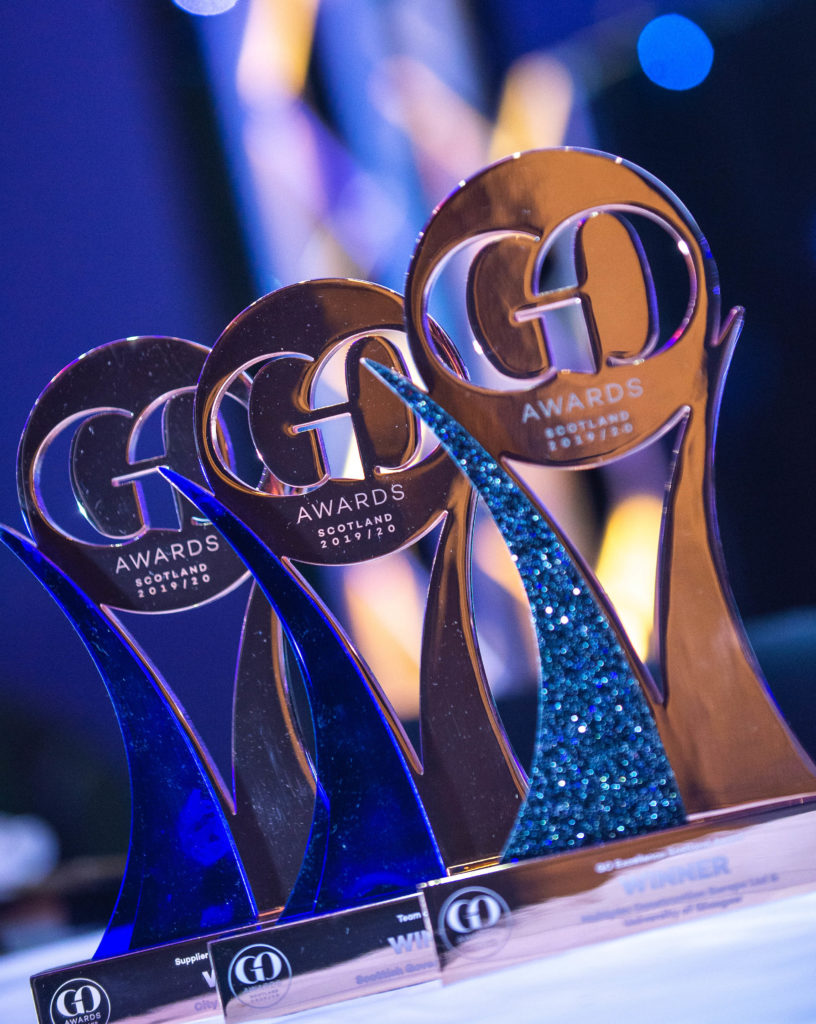 This year’s GO Awards Scotland presentation took place on 29 October at the Marriott Hotel, Glasgow, celebrating the best in all aspects of public procurement in Scotland.

The Awards ceremony itself, as part of the Scottish Festival of Procurement, was preceded by the 15th Annual Scottish Government National Procurement Conference and Procurex Scotland, taking place at the SEC Glasgow on the same day. A major focus of the day was the unique innovations that set Scottish procurement apart – exactly what the GO Awards celebrate.

Procurex Scotland included the GO Awards Procurement Excellence Live Stage, hosted by Scotland Tonight host Rona Dougall. After a joint interview with Malcolm Harrison, Chief Executive of the Chartered Institute of Procurement and Supply, and Nikki Archer, Head of Procurement and Commercial Policy & Strategy and Head of Procurement Profession at the Scottish Government, several of this year’s GO Awards Scotland finalists were interviewed onstage to describe the innovations that had led our judges to name them as finalists. Finalists interviewed included APS Group, Police Scotland, and Scotland Excel and Scotland’s Bravest Manufacturing Company. There was also a ‘one year on’ interview with Lawrence Shackman from Transport Scotland, winners of last year’s GO Awards Scotland GO Excellence Award. Mr Shackman described the GO Awards as “a really fun Awards ceremony. I’ve been to other awards and nothing really compares!”

The evening presentation ceremony kicked off in style, with a black-tie champagne reception before guests were welcomed by a traditional piper. Presenter Rona Dougall welcomed guests before the official opening address from Ainslie McLaughlin, Director of Scottish Procurement and Commercial at the Scottish Government. Guests were then introduced to the work of the GO Awards official charity partner, the Realising Dreams Foundation.

The Awards presentation culminated with the GO Excellence Award. Unlike other awards, organisations cannot enter this category; instead, nominees are chosen directly by the GO Awards judging panel from among the rest of the evening’s winners. With an especially strong crop of entries this year, finalists for the GO Excellence Award were Multiplex Construction Europe Ltd and the University of Glasgow; Child Bereavement UK; and APS Group (Scotland) Ltd. While all these entries were outstanding, the overall winner was the team from Multiplex Construction Europe Ltd and the University of Glasgow, for their campus development work and its focus on integrating social value and community benefit into the project. 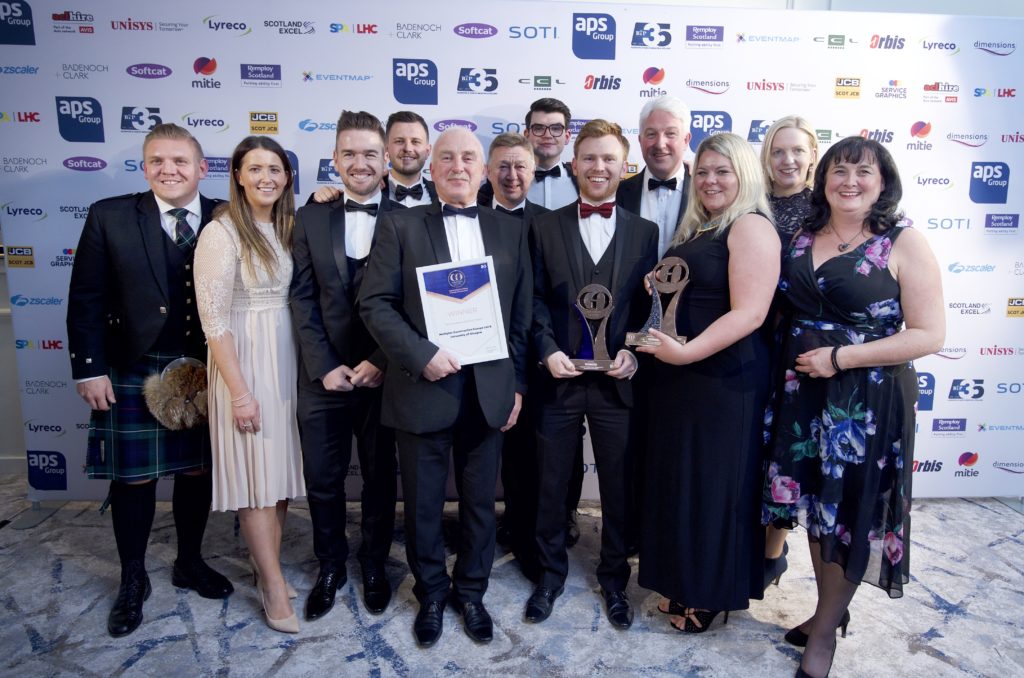 Multiplex Construction Ltd and University of Glasgow – celebrating in style!

After the Awards, the festivities continued with entertainment from two-time Scottish Comedian of the Year finalist Ray Bradshaw, performing simultaneously in English and British Sign Language, and the results of the Realising Dreams Foundation charity raffle, which saw the top prizes of a signed Scotland football shirt and an overnight stay at the Marriott Hotel raise hundreds of pounds for the charity, helping to support the dreams of many talented young people.

Congratulations once again to all finalists, and especially to all Award winners. Many of the fascinating stories behind some of the evening’s winning entries will be available on the GO Awards site Winners’ Journeys page soon – be sure to visit the page to learn more about their innovations, achievements and best practice examples.

All GO Awards Scotland Winners qualify for automatic finalist status at the GO Awards National, to be held on 22 April at the Hilton Metropole Hotel, Birmingham. The GO Awards National bring together winners from Scotland, Wales and Northern Ireland with new entries from across the UK. Entries will open soon – why not share your procurement success story?

Congratulations to all this year’s Award winners!