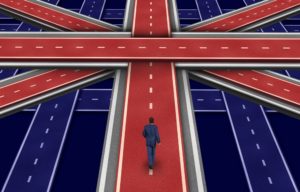 Although the outcome of two major parliamentary votes on Brexit is now clear, very little has actually changed legally – for now. A lot remains to be decided over the coming days and weeks, and various Brexit scenarios remain possible. Here we briefly outline the possibilities and what they might mean for UK procurement.

For more detail on the implications of the different possible outcomes, download our five-page factsheet, ‘Procurement After Brexit.’

What has happened and what is next?

This week Parliament has voted to reject both the withdrawal deal that Prime Minister Theresa May negotiated with the EU, and the possibility of leaving the EU without a deal. There will now be a further vote (on 14th March) as to whether to request an extension to Article 50 and delay the date the UK leaves the European Union. A third vote on the previously-negotiated deal is now scheduled “before or on” 20th March.

What if the UK does not leave on 29th March?

It’s worth reiterating that, until the UK formally leaves the EU, it is a full member of the EU. This means that, if there is an extension to Article 50, there will be little legislative difference from the current situation – pending any changes in UK or EU law in the interim.

When the UK does leave the EU, current guidance is that procurement rules as they stand now will be written into UK law under the European Union (Withdrawal) Act 2018. Under current guidance, any procurement procedures that are ongoing when the extension period ends will continue under the same regulations as now until an award is made.

However, the possibility of ‘no deal’ remains real in spite of the recent parliamentary vote, which has no legislative force.

What if there is a ‘no-deal Brexit’?

The Government has repeatedly assured that most regulations around procurement will remain the same regardless of the outcome of Brexit, as the majority of the relevant EU regulations are already written into UK and Scottish law.

It was also announced recently that the UK would be able to join the Government Procurement Agreement (GPA) as an independent member if there is no deal, meaning that UK businesses will be able to continue to bid for contracts in the GPA’s member countries and blocs.

There is also the possibility that if there is a ‘no-deal’ Brexit, UK organisations will no longer be able to access OJEU. To learn more about the full implications of this, how companies can reduce the amount of action they will need to take, and an in-depth examination of the consequences of different possible Brexit scenarios, download our factsheet, ‘Procurement After Brexit: Deal or No Deal.’

A ‘no deal’ exit is now more likely than before, and the situation remains subject to much change over the next week. For the latest news, its specific consequences for procurement, and Government guidance documents, visit our dedicated Brexit page.

To learn more about how BiP Solutions can help with your contract and tendering needs, visit www.bipsolutions.com or call (+44) 0141 332 8247.