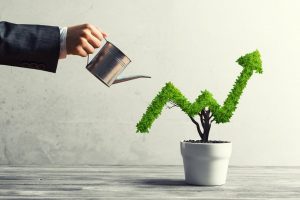 Many businesses may feel it is difficult to prepare for the coming months without knowing what will change on or after 29th March. Although the date the United Kingdom was scheduled to leave the European Union is fast approaching, it may seem that there is still relatively little certainty as to what Brexit means – either politically, or for business.

However, there are many areas of opportunity available to businesses regardless of the outcome of the coming weeks’ political decisions. Drawing on our 35 years of experience in public procurement, BiP Solutions have produced a new guidance document, ‘Opportunities and Trends for Business Growth in a Post-Brexit World.’ Drawing on recent announcements from the Chancellor’s Spring Statement, current guidance about the various possible outcomes for Brexit, and our expert knowledge of industry trends, the seven-page guidance document covers key areas that are set to provide multiple opportunities, both in the UK and across the world, over the months ahead.

While the UK’s exit from the EU is creating a degree of uncertainty for businesses, the growth potential provided by the public sector at home and internationally remains vast. Now is the time to focus on identifying the right opportunities within this multi-billion pound sector, and engaging with the right organisations to ensure they are aware of what businesses can do to solve their challenges.

Read and download the latest guidance on upcoming trends and opportunities by clicking here.

To learn more about how BiP Solutions can help your business access opportunities in a range of sectors, visit www.bipsolutions.com. 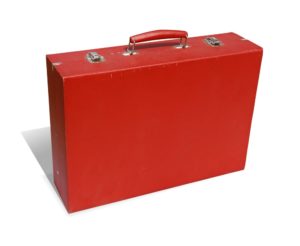 “There is a light at the end of the tunnel”, the main message from today’s Spring Statement.

Chancellor of the Exchequer, Philip Hammond, presented the Government’s Spring Statement on 13 March 2018.

He has promised that the Government will champion those who create jobs and wealth, not “demonise them”.

What is the spring statement?

Hammond says “substantial progress” has been made in the Brexit talks.

Philip Hammond announced that over £1.5 billion has been allocated to departments and devolved administrations in preparation for Brexit.

This spend is part of the £3 billion figure which was announced at the Autumn Budget 2017, which will be spent over two years.

The Chancellor of the Exchequer was glad to announce that the economy continues to grow. The economy has been growing for five consecutive years, and exceeded expectations last year.

The OBR has also increased their forecast for growth this year.

Moving forward, the Government say that they will “go on supporting British businesses”.

This year’s Spring Statement gives businesses a sense of stability that will help them to plan. Philip Hammond said that the Conservative Government is “the champion of entrepreneurs” and that he places to reduce business rates by “over £10 billion”.

Next business rates valuation will be brought forward to 2021, it was due in 2022. Many businesses will benefit from the change to three-year revaluations earlier, with the first taking place in 2024.

After announcing that this market economy embraces talent and opportunity, Philip Hammond stated that the “Education secretary will release up to £80m for small firms to take on apprentices”. In total, he promised that £2.2 billion more will be spent on education and skills.

He believes that this investment will take public services and infrastructure “to its highest sustained level in 40 years”.

During the Spring Statement Philip Hammond revealed more about his plan to tackle the UK’s housing challenge.

It was announced during the Autumn Budget 2017 that the Government are backing an investment programme. £44 billion will be spent over the next five years.

The Chancellor of the Exchequer said that we are on track to raise the supply of homes to 300,000 a year on average by the mid-2020s.

Other key housing announcements include:

During the Spring Statement 2018, Philip Hammond made the first allocations of the £190 million local full fibre challenge fund which was first announced during the Autumn Budget 2018.

He confirmed that £25 million would fund the first 5G testbeds.

Today the Chancellor revealed that the Autumn Budget 2018 will set an overall path for public spending for 2020 and beyond. There will also be a detailed Spending Review to take place in 2019.

As thought leaders within the Procurement sector, we keep up to date with all the latest news not just in the UK but across the world. Follow us on LinkedIn or Twitter to gain access to all of the content we post on our blog.

To find out more about our business and products, visit the BiP Solutions website.