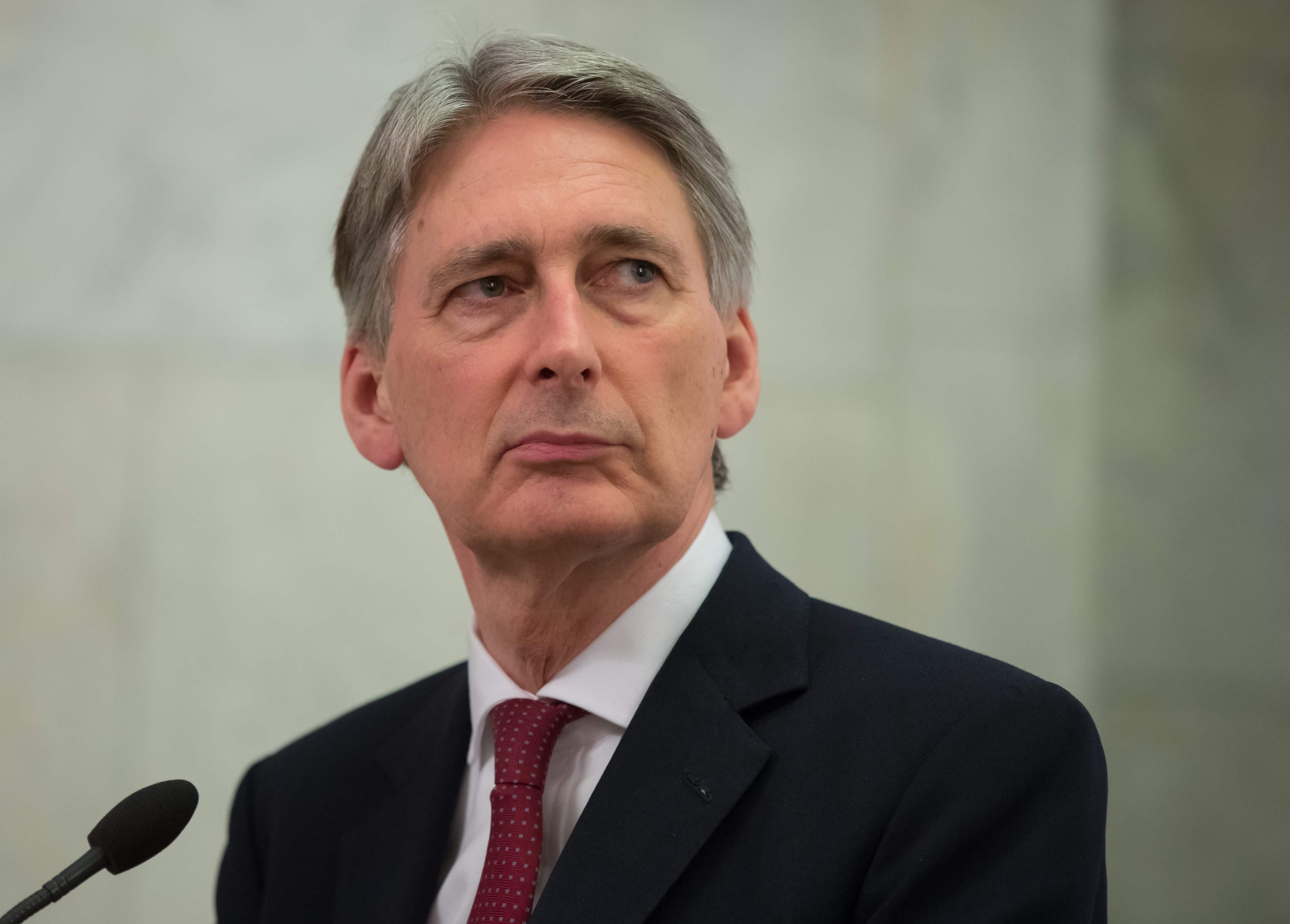 Chancellor of the Exchequer Philip Hammond presented the Government’s second Autumn Budget on 29 October.  It was a budget dedicated to the persevering people of Britain:

“The strivers, the grafters and the carers who are the backbone of our communities and our economy.”

Although many of the announcements within the Budget had already been made, it remained positive throughout, as the Chancellor claimed that the era of austerity is “finally coming to an end.”

Below you can find a breakdown of key Autumn Budget 2018 figures, and you can discover what public sector pipelines of work await your industry sector.

The defence budget has been a hot topic throughout 2018, therefore it was unsurprising that Mr Hammond included it within this year’s Autumn Budget.

In June this year it was reported that the Defence Secretary, Gavin Williamson had asked for up to £4 billion extra a year for the Armed Forces.

In the Budget, the Chancellor of the Exchequer announced that an additional £1 billion will be allocated to the defence budget for the remainder of this year and next, to boost cyber capabilities and anti-submarine warfare.

The Treasury has also committed to donating £10 million to the Armed Forces Covenant Fund Trust to support veterans on the centenary of the First World War armistice.

Mr Hammond continued to take steps to fix Britain’s “housing crisis” during this year’s Budget announcement, promising a further £500 million for the housing infrastructure fund which will “unlock 650,000 homes”. The fund now stands at £5.5bn.

It was also revealed that the government has partnered with nine housing associations to deliver 13,000 homes across England. With so much investment going into housing, the Chancellor wants to see more SME house builders involved in new housing development, so has announced up to £1 billion of British business bank guarantees to support them.

In June the Prime Minister, Theresa May, announced a £84 billion five-year deal for the NHS, an investment which is dedicated to improving frontline services. On the day of the Budget announcement Mr Hammond commented on this:

“The NHS is the number one priority of the British people; and as we approached the 70th anniversary of its foundation, they had a right to know the scale of our commitment to it.”

He also revealed that the NHS 10 Year Plan will include a new mental health crisis service, which will aim to provide mental health support to people living across the UK.  During his speech he said that:

“These new services will ensure that people suffering from a crisis, young or old, can get the help they need.”

The Chancellor also acknowledged the impact local government has had on repairing the state of public finances and acknowledged its need for immediate support before the next Spending Review is finalised. He noted that this Budget:

In England, councils will receive an extra £650 million of grant funding for 2018/19, to ease the pressure on Adult Social Care for the elderly and those with disabilities, together with an extra £45 million of Disabled Facilities Grant.

Moving forward, Mr Hammond wants local authorities to have greater control over the money they raise through increased retention of business rates from 2020 and the removal of the Housing Revenue Account cap so that councils can build more new homes.

The full Budget text can be accessed on the government website. To find out more about our business and products, visit the BiP Solutions website.

Theresa May has declared that the latest Budget announcement will make the UK “fit for the future”. This leaves us wondering what public procurement opportunities will come from this optimistic budget.

If you have been following the fallout from the announcement on 22 November, then you will know that technology, housing and infrastructure were three of the sectors that have been given the biggest boost.

The Government’s Commitment to SMEs

Moving forward, the Government wants to work with innovative businesses from different backgrounds.

“If we don’t do more to support the growth of the SME housebuilding sector, we will remain dependent on the major national housebuilders that dominate the industry”.

The Government is keen to increase diversity in the housebuilding sector, which is currently dominated by a handful of large companies. The Government also sees small to medium-sized enterprises – which make up 99% of UK businesses – as key to economic growth and development and has set ambitious targets for doing business with SMEs since David Cameron came into office in 2010.

The Government’s aim is that by 2020, one pound in three of government procurement spend will go to SMEs, whether directly or indirectly as part of the supply chain. This suggests that there will also be subcontracting opportunities that will boost employment and business growth statistics within the UK.

How Does Subcontracting Work?

The Budget will not only open up opportunities for larger companies, but spending is likely to have a ‘trickle down’ effect.

Data from the National Audit Office shows that 60% of the Government’s spending with SMEs came via a larger contractor in the supply chain.

If a larger company does win a sizable contract, they often need to rely on subcontractors to deliver certain aspects of the work, particularly in specialist areas.

Where Are the Opportunities?

The Budget announcement promised that the Government will support the building of 1 million new homes in Oxford-Cambridge corridor. This follows on from the 2016 Budget, which included funding for a new road between Oxford and Cambridge.

On top of this, £540 million will be spent on infrastructure in Northern Ireland as part of the Conservatives’ deal with the DUP. This boost for both housing and infrastructure means that procurement opportunities across a variety of sectors throughout the UK will start to open over the next year or so.

Other opportunities for infrastructure included the investment into the replacement of the 40-year-old rolling stock on the Tyne and Wear Metro, which will be funded by Government money.

Our Industry Highlights blog features the main takeaways from each sector, including a breakdown of where the money will be spent and what it will be spent on.

It is important that, as soon as your organisation spots a public procurement opportunity, you start to strike up pre-tender conversations. This will leave an impression with buyers who want to work with individuals in your sector.

If you are part of an SME business, now is a perfect time to start looking for public procurement prospects.

When it comes to tendering, you should always stay one step ahead of your competition. Our products allow suppliers in all sectors to find relevant tenders as soon as they become available. This means that suppliers can bid more competitively.

If you have pinpointed an area of Government investment and view it as an opportunity to sell to the public sector, now is a good time to purchase a subscription to a public procurement portal like Tracker Intelligence.

For a better insight into our products, visit our website.

Chancellor of the Exchequer Philip Hammond presented the Government’s first Autumn Budget on 22 November. An optimistic Mr Hammond opened his Budget stating that he hoped for a “Britain that we can be proud of”, and after he promised us a “Britain fit for the future”.

This forward-thinking Budget very much focused on the needs of millennials, start-up businesses and the technology sector with stamp duty land tax (SDLT) on homes under £300,000 for first-time buyers abolished and investment allocated to a range of initiatives from artificial intelligence to 5G and full fibre broadband.

Housing, Health and Infrastructure were also given a boost, which is great news for those looking for future procurement opportunities in these key sectors. The Chancellor announced that the UK is on track to build 300,000 new homes per year, and that he wanted to connect those who are living outside of city centres with new transport initiatives.

If you want the breakdown of all the Autumn Budget 2017 figures, here you can discover what public sector pipelines of work await your industry sector.

What does this Budget mean for procurement?

The Chancellor announced that he will extend the National Productivity Investment Fund for a further year and expand it to over £31bn.

What we can take away from this year’s Budget is that the Government is spending money in the following areas:

This means that now is an excellent time to invest in public procurement. If you would like to find out how you can start to win government tenders, there is more information about this in our Ultimate Guide to Winning Government Contracts.

To find out more about our business and products, visit the BiP Solutions website.