This week’s Public Sector Procurement Trends report, produced in association with Aim for Growth and Tracker Intelligence, has been released.

The report provides an update on activities between 1st – 7th February and shows that 41% of contracts were for less than £100,000 – clearly indicating a continued opportunity for SMEs throughout the public sector. 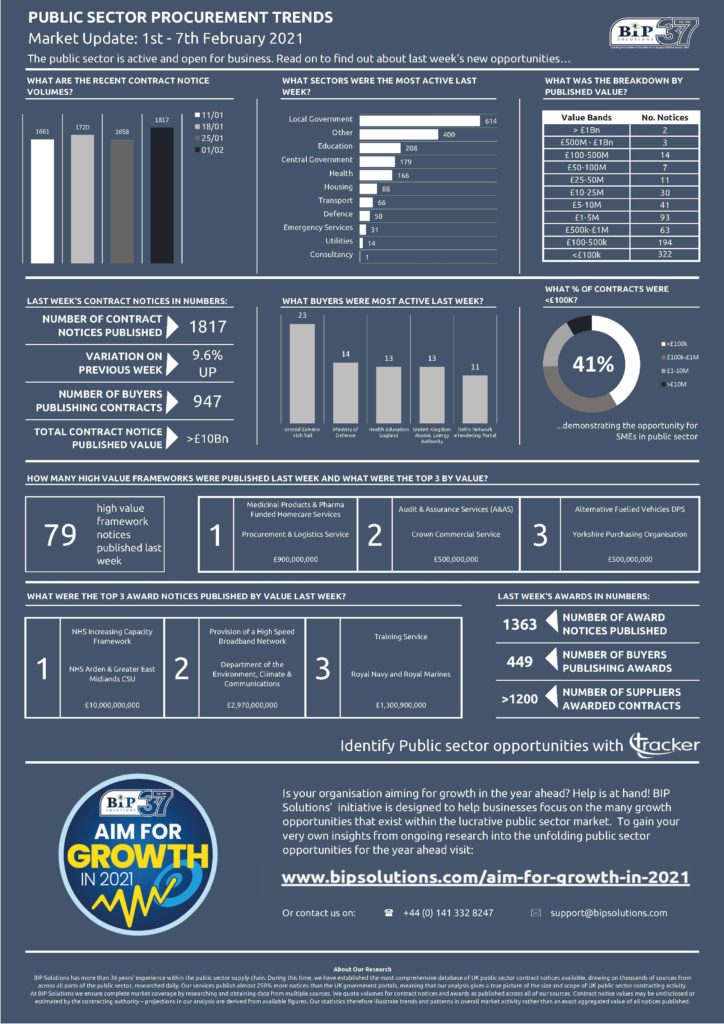