The report provides an update on activities between 15th – 21st February and shows that 45% of contracts were for less than £100,000 – clearly indicating a continued opportunity for SMEs throughout the public sector. 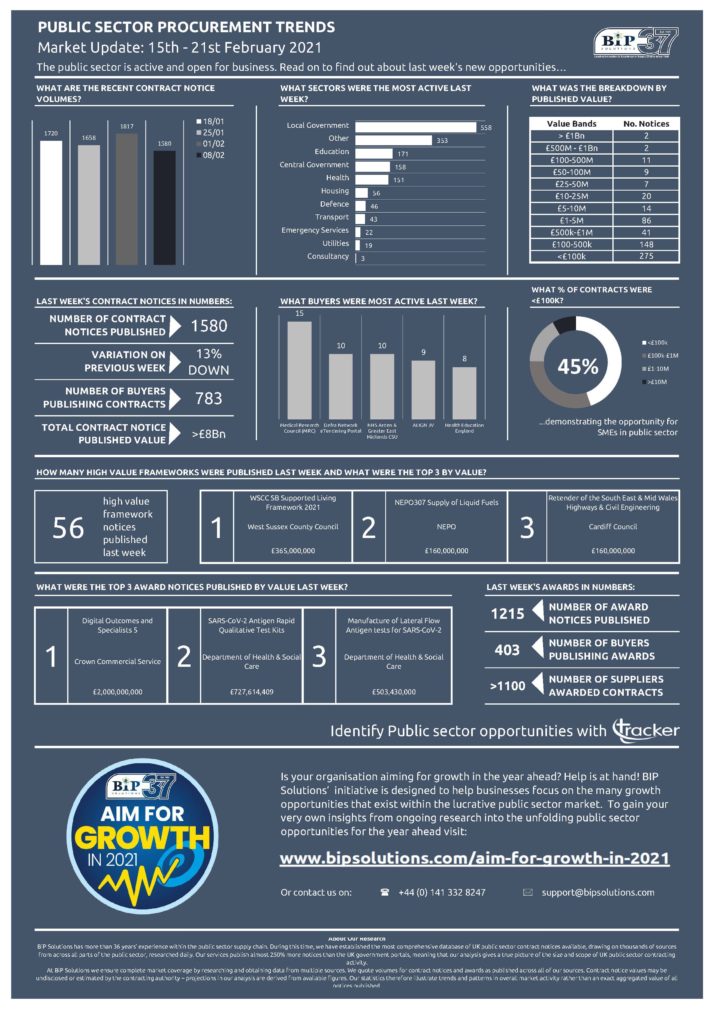 The report also shows the top three highest value awards published this week and those awarded to more than 1,100 suppliers; contract volume broken down by sector; and top buyers by contract volume.