This week’s Public Sector Procurement Trends report, produced in association with Cadence Marketing, has been released.

The report provides an update on activities between 2nd and 8th November and has revealed that despite contract notices being down in volume by 5%, they have increased by 184% by market value. 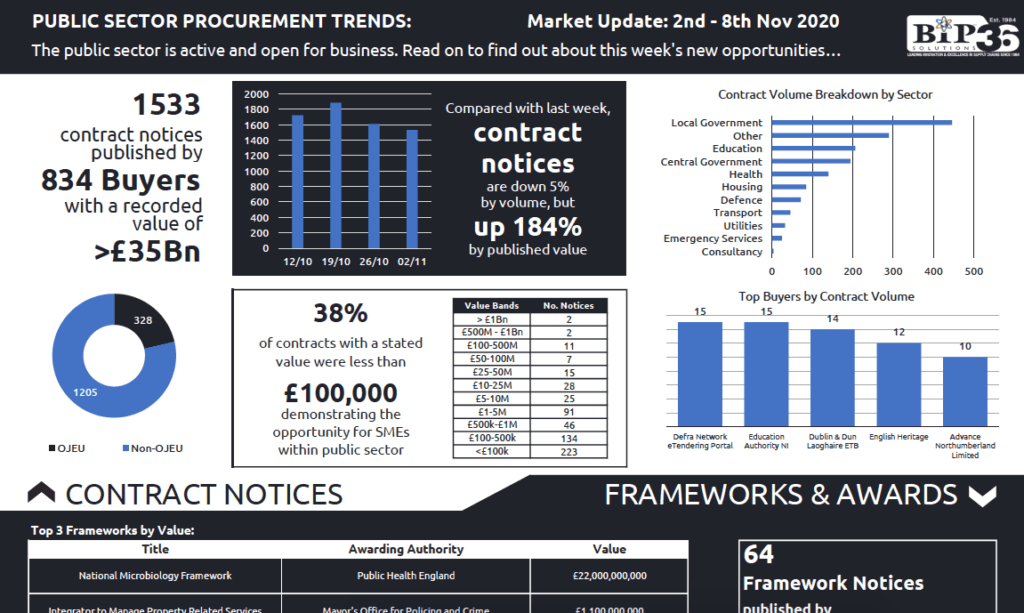 We have also seen that 38% of contracts with a stated value were less than £100,000 – clearly indicating a continued opportunity for SMEs throughout the public sector.

​​​Key highlights this week include:

The report also shows the split of OJEU and non-OJEU notices across the public sector; awards published and those awarded by more than 1,100 suppliers; contract volume broken down by sector; and top buyers by contract volume.